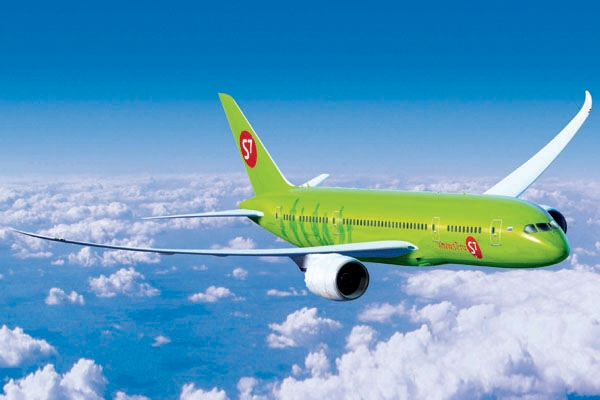 Since April 4, one of the largest Russian air carriers, S7 Airlines has added to its schedule a direct flight to Petrozavodsk.

Flights will be carried out on modern airliners Airbus A319 on Tuesdays, Thursdays and Saturdays. Spring departure time from Domodedovo airport 07:55. The arrival time is 09:35. The return flight from Besovets airport will depart to the capital at 10:15 and arrive at 11:55.

From June 1, the schedule of all flights will move to a later time.

The ticket price is one way from 3100 rubles, which is almost half the cost of traveling from Moscow to Petrozavodsk in the compartment car.

Fans of outdoor activities, rafting, fishing and fungi! Karelia has become closer to the inhabitants of megacities! The company "Pomorye Tour" is ready to organize a transfer from Besovets airport to the most intimate corners of Karelia! We organize special "weekend" tours, for which you will have time to touch the pristine nature of North Karelia and catch your breath from the corrosive smog of big cities.

From March 31 to April 3, the All-Russian Conference "Snowmobile 2018" dedicated to the new products of the world leader of snowmobile technology of the American company Polaris
Since April 4, one of the largest Russian air carriers, S7 Airlines has added to its schedule a direct flight to Petrozavodsk
At the very White Sea ... The company "Pomorye" Tour invites you to an exciting adventure to the North of Karelia!
lV Open Championship of the White Sea region for winter fishing